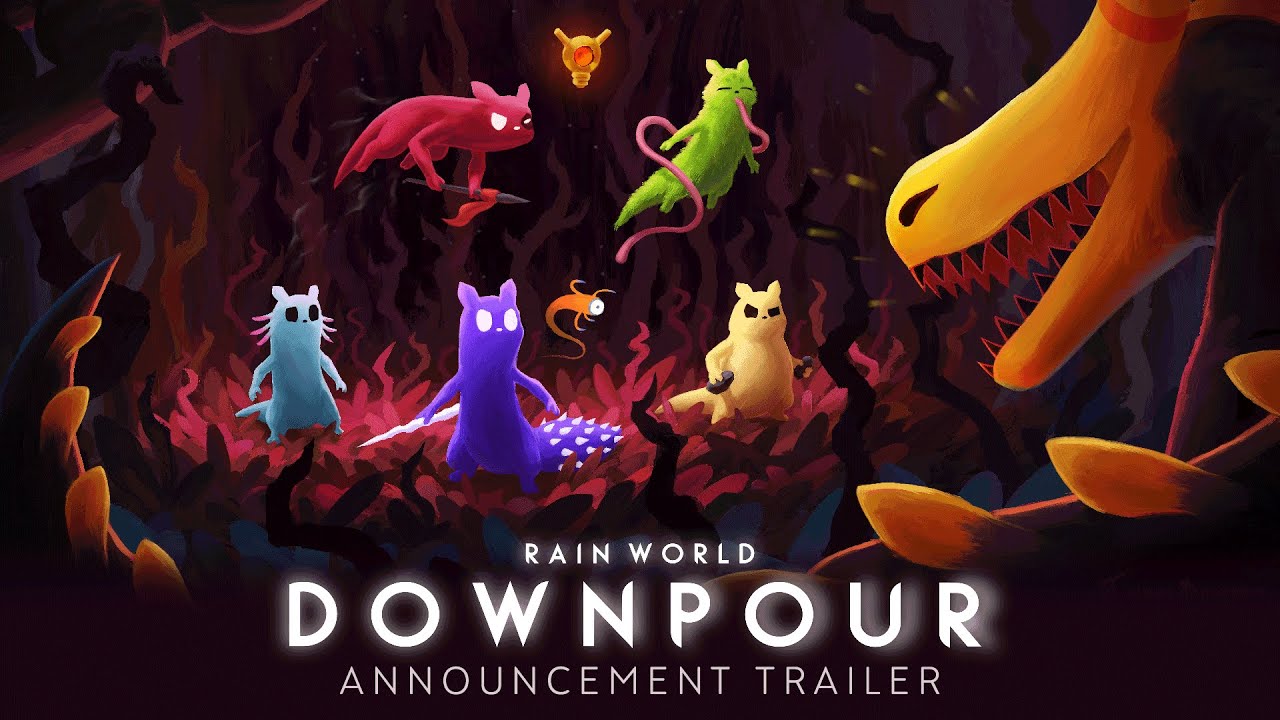 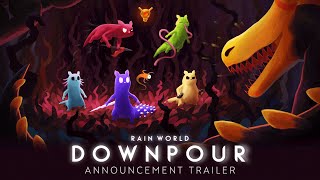 This content requires the base game Rain World on Steam in order to play.

Return to the unwavering wild in Downpour, where you explore new, harsh lands and survive new predators. As time passed, the slugcat has evolved. With five variants of the species - take advantage of various skills that they possess and explore their own personal tales.

The Rivulet:
The Rivulet jumps higher and runs faster than any other slugcats but they have less time in between the deadly rains to get food, travel through the different regions, and find shelter.

The Gourmand:
The Gourmand loves a good meal and can craft delicious dishes or useful tools for itself with the right materials but his large size makes him slower and less manuverable.

The Artificer:
The Artificer is an explosive expert and can transform rocks into grenades and spears into explosive spears, however doing this costs food so they can risk going hungry.

The Spearmaster:
The Spearmaster grows bony spears from their tail giving them constant access to weapons, but without a mouth they can't eat the easily plucked danglefruit and batflies.

The Saint:
The Saint can swing through the air and over hazards using its long, long tongue, but commits to its pacifist ideology by eschewing spears.

You are a slugcat. The world around you is full of danger, and you must face it – alone.

Separated from your family in a devastating flood, you must hunt for food and shelter between terrifying torrential downpours that threaten to drown all life. Climb through the ruins of an ancient civilization, evade the jaws of vicious predators, and discover new lands teeming with strange creatures and buried mysteries.

Find your family before death finds you!

Inspired by the simplicity and aesthetics of 16-bit classics, this survival platformer requires fast-paced sneaking, both upon your own prey and past the jaws of hungry predators. Each ravenous foe in your path will be cunning, vicious and always on the hunt – eager to sink their teeth into you, or even each other. As a small, soft slugcat you must rely on stealth and wit rather than force: learn the ecosystem and turn their strengths to your advantage.

Maybe then you can survive… Rain World!