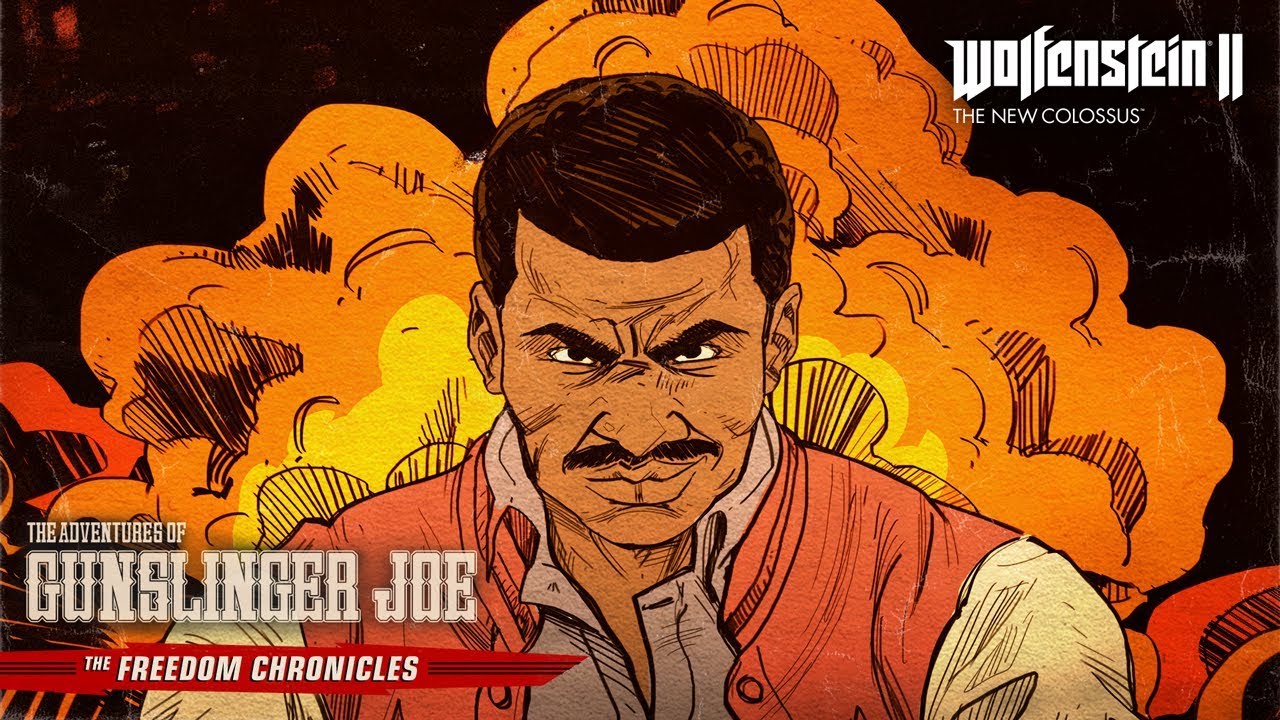 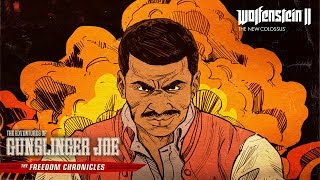 This content requires the base game Wolfenstein II: The New Colossus on Steam in order to play.

Your mission: to liberate America from the Nazis has only just begun. Continue the fight in The Adventures of Gunslinger Joe, the first in a series of three DLC packs available as part of the Wolfenstein II: The Freedom Chronicles.

Play as the unbreakable Joseph Stallion, a former professional quarterback forced to play soccer by the Nazis!
Using your Ram Shackles ability, smash through hordes of Nazi soldiers from the ruins of Chicago to the vastness of space!

Only you can overcome the Nazi threat in…The Freedom Chronicles!

About Wolfenstein II: The New Colossus

An exhilarating adventure brought to life by the industry-leading id Tech® 6, Wolfenstein II sends players to Nazi-controlled America on a mission to recruit the boldest resistance leaders left.
Fight the Nazis in iconic locations such as small-town Roswell, New Mexico, the bayous and boulevards of New Orleans, and a post-nuclear Manhattan.
Equip an arsenal of badass guns, and unleash new abilities to blast your way through legions of advanced Nazi soldiers and über soldiers in this definitive first-person shooter.

Buy Wolfenstein II: The Adventures of Gunslinger Joe Steam Key for PC on Windows at Noctre.com!

Your mission to liberate America from the Nazis has only just begun. Continue the fight in The Adventures of Gunslinger Joe, the first in a series of three DLC packs available as part of the Wolfenstein® II: The Freedom Chronicles.