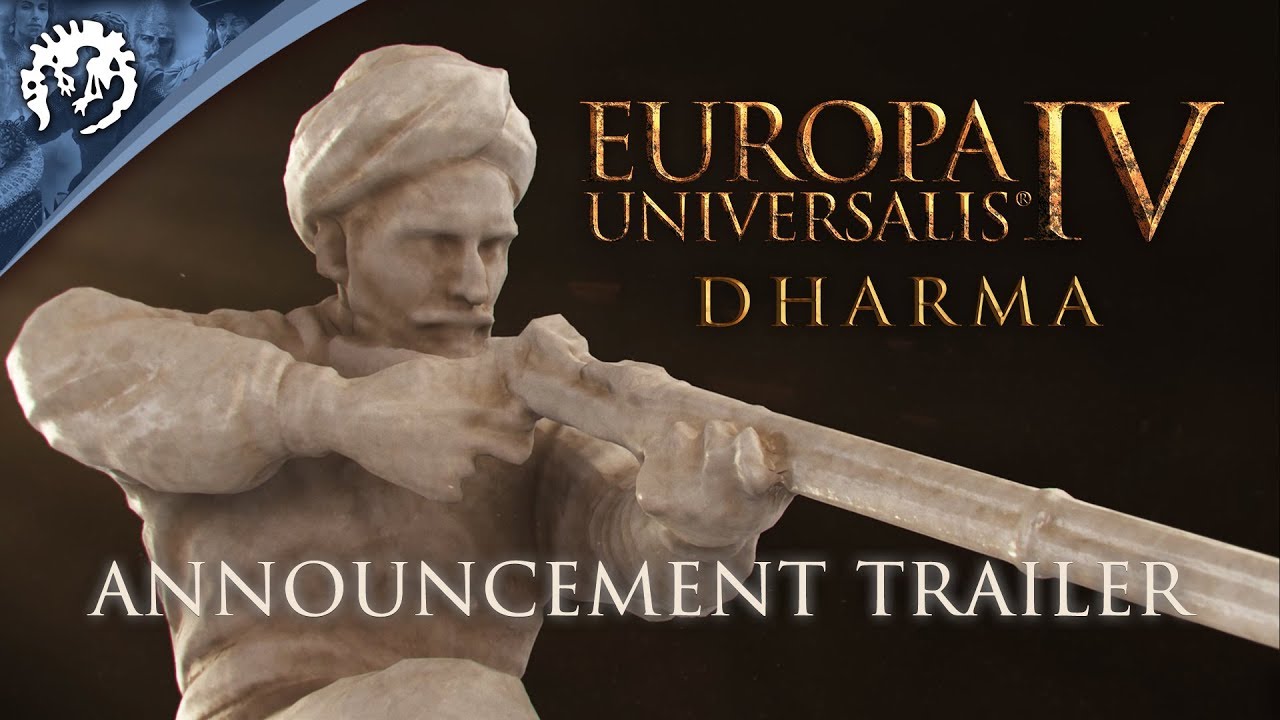 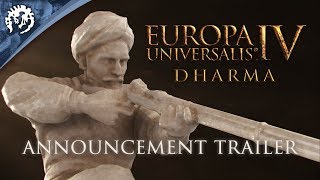 This content requires the base game Europa Universalis IV on Steam in order to play.

A region rich in history and culture promises great material riches to the empire that can control its trade. The competition for territory and access to the wealth of India requires diplomatic tact and some military muscle. But who is exploiting whom in this great game in the world’s most profitable markets?

Europa Universalis IV: Dharma is a new expansion for Paradox Development Studio’s classic game about exploration and empire building in the early modern era. Dharma devotes its greatest attentions to the battles over the control of India’s trade and territory. It also hopes to add more peace time decisions to fill in those quiet moments when you are planning your next big push for power.

Design Your Government:
Unlock reforms that will define how you govern your kingdom or republic, earning free policies and boosting the power of some estates.

Reworked Policy System:
Policies get a new look in the free update, but Dharma will include special bonuses that make this system even more attractive.

Trade Company Investments:
Upgrade and improve the provinces tied to your trade companies, conferring bonuses both to the European master and neighboring Indian nations.

New Indian Estates:
Alongside a free update to the estate system, India gets five new castes. Raise the brahmins to reduce unrest in a province or install Jain governors for a boost to income while reducing manpower..

Charter Companies:
Europeans can buy a foothold into trade charter zones in Africa and Asia, if they can find a prince that trusts them.

Upgraded Trade Centers:
Invest in the development of your Centers of Trade

And more, including:
new ways to suppress rebellion, the monsoon season, new uses for colonists in non-colonial development, scornful insults, multiplayer teams, new art, and a host of new achievements.

Fulfill Your Quest For Global Domination

Paradox Development Studio is back with the fourth installment of the award-winning Europa Universalis series. The empire building game Europa Universalis IV gives you control of a nation to guide through the years in order to create a dominant global empire. Rule your nation through the centuries, with unparalleled freedom, depth and historical accuracy. True exploration, trade, warfare and diplomacy will be brought to life in this epic title rife with rich strategic and tactical depth.

Make your own decisions
Nation building is completely flexible and the possibilities are endless.

Use your Monarch Power
Experience the new system of monarch power where your choices are influenced by the caliber of the man or woman you have at the top and will direct the ebb and flow of gameplay.

Experience history coming to life
The great personalities of the past are on hand to support you as you make your mark on thousands of historical events.

Turn the world into your playground
Enjoy hundreds of years of gameplay in a lush topographical map complete with dynamic seasonal effects.

Experience the all new trade system
The trade system adds a new dimension to the great trade empires of the period. Gain control of vital trade routes and make the wealth of the world flow to your coffers.

Bring out your negotiating skills in a deeper diplomatic system
Use coalitions, royal marriages and support for rebels and explore the possibilities of the new unilateral opinion system.

Engage in Cross-platform Multiplayer
Battle against your friends or try the co-operative multiplayer mode that allows several players to work together to control a single nation with up to 32 players. Featuring improved chat and new matchmaking servers.

Create your own history & customize your game
Europa Universalis IV gives you the chance to customize and mod practically anything your heart may desire and uses Steam Workshop.