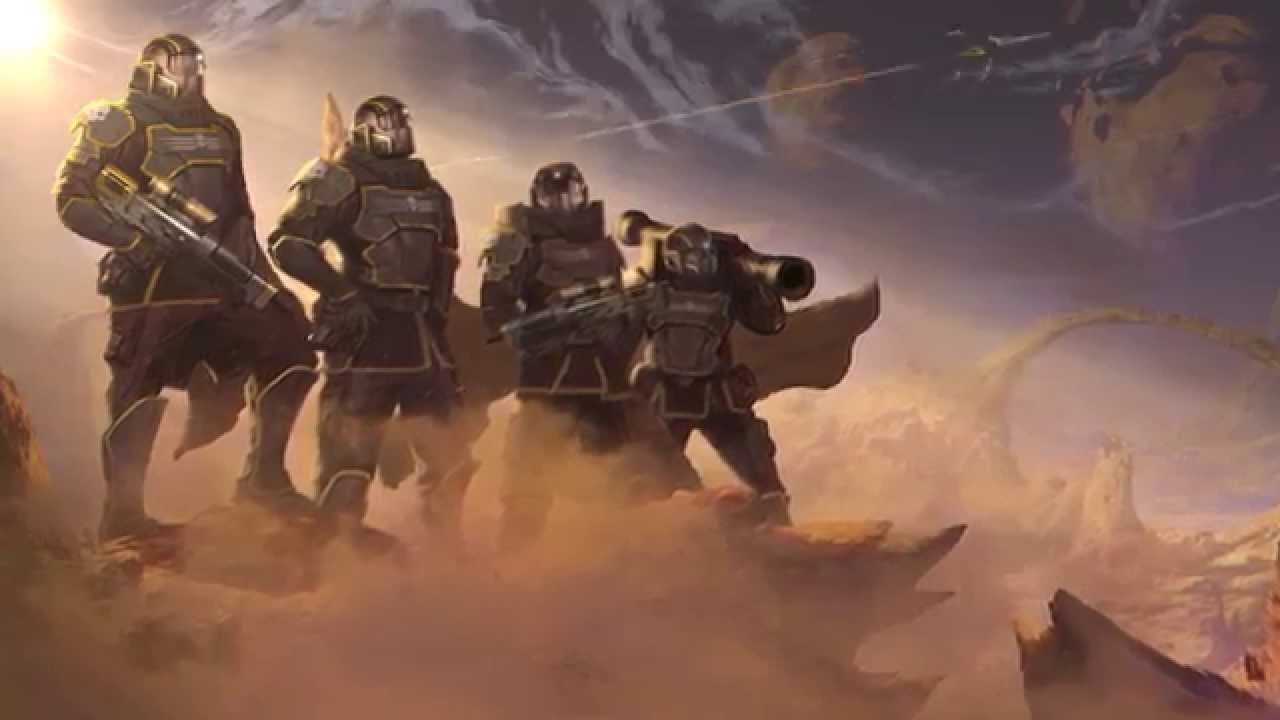 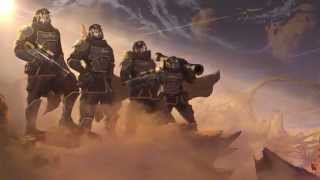 ITEMS INCLUDED IN THIS PACKAGE:

HELLDIVERS™ is a hardcore, cooperative, twin stick shooter. As part of the elite unit called the HELLDIVERS, players must work together to protect SUPER EARTH and defeat the enemies of mankind in an intense intergalactic war.

HELLDIVERS™ Dive Harder Edition is a free upgrade for all existing owners and include:

The HELLDIVER Commandos are the best of the best, specialists at being a one man army capable of leaving a wake of death and destruction. Though they are seen as one man armies, the Commandos value teamwork greatly due to their equipment.

HELLDIVER Defenders are the unmovable objects of humanity, capable of holding their ground in any situation. They have a bulkier look and a helmet reminiscent of the knights of Old Earth and used to double as riot police before humanity unified properly.

HELLDIVER Demolitionists are experts at tearing things down and blowing things up. They are rumored to be uncareful when handling explosives, though this is most likely just their familiarity with explosives being misinterpreted.

ENTRENCHED Specialized equipment for the Helldiver that truly needs to hold ground. With this pack it is significantly easier to hold your ground against the enemies of mankind.

The hazard operative HELLDIVERS are trained in chemical and biological combat and protection. Sometimes shunned by fellow HELLDIVERS for their use of inhumane warfare, many a Helldiver is happy to have them on the mission when it comes down to life or death. It's not like the enemy is Human after all.

The Pilot HELLDIVER is specially trained to operate the wide arsenal of vehicles available to the HELLDIVER troops. Especially trained in the use of the EXO-48 'Obsidian' Exosuit, Pilots are some of the few that are given the honor of using this heavily armed monster. Though they prefer to use vehicles they are still HELLDIVERS and very formidable troops on foot.

The Pistols Perk Pack is a collection of unique non standard sidearms. These are normally not issued to Helldivers due to their specialization compared to the more rounded P-2 ‘Peacemaker’.

Equipped with specialized measuring gear, these Helldivers excel at landing precision strikes in a shorter time than other Helldivers. When you absolutely must hit with your stratagem, and in a timely manner, this is your Helldiver.

Specially trained in scouting and assassination of high value targets, these Rangers are the first to drop into the unknown. Ranger training was standard procedure for all HELLDIVERS in the early days of SUPER EARTH, but has now become rarer.

HELLDIVER Specialists are highly trained offensive support operatives. They specialize in the use of Stratagems and supportive fire. They are specially trained to receive enhanced air support.

Support HELLDIVERS are much loved by their squad mates and bring both firepower and medical aid to any squad they join. Wearing the classic grey cape with a black cross they project an aura of capable concern for fellow humans.

The Vehicles Pack is a collection of highly specialized vehicles. Not normally deployed on missions with Helldivers, they are excellent assets for when you need some fast transportation or some heavy armor.

The Weapons Pack is a collection of weapons not normally issued to Helldivers. The weapons are both ultra modern experimental weapons and tried and true workhorses in new formats.

WARNING: IF YOU HAVE A HISTORY OF EPILEPSY OR SEIZURES, CONSULT A DOCTOR BEFORE USE. CERTAIN PATTERNS MAY TRIGGER SEIZURES WITH NO PRIOR HISTORY.