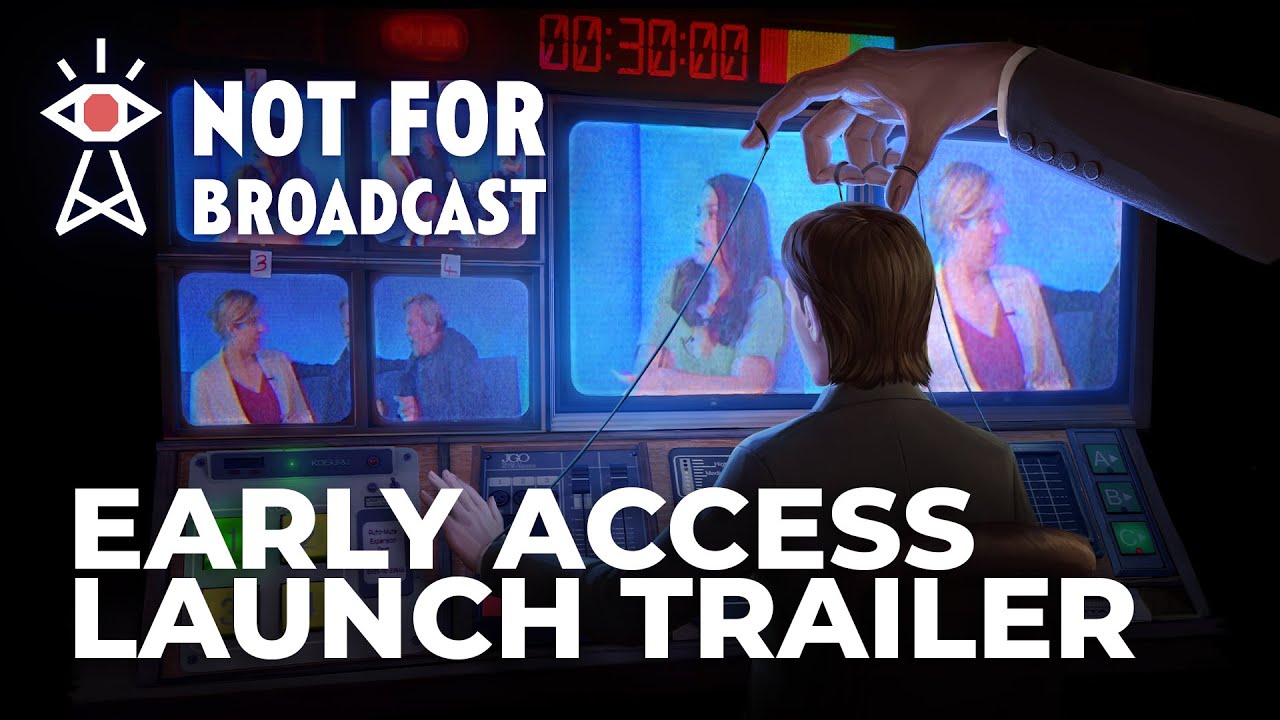 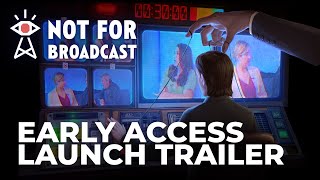 Take control of the National Nightly News as a radical government comes to power. In this immersive, high-pressure, propaganda sim, you control what the people see and determine what’s Not For Broadcast.

Look, mate - it’s not that hard. Choose the angles, roll the ads, and bleep the swears. Just keep in mind that how you show these people will change their lives. Don’t worry - you’ll get paid either way!

In an alternate 1980s where the nation stumbles towards dystopia, join the National Nightly News team as they document the latest political scandal, the rise of a radical government, and which celebrity has for some reason written a book about it all.

You only came in to clean the studio - but in a bizarre twist of fate, it's now up to you to determine exactly what goes on air.

Not For Broadcast is an immersive, narrative-driven propaganda sim that lets you set the agenda. Mix four camera feeds, choose the headlines, bleep the bad language - all under the pressure of a live broadcast. Will you censor the news and be rewarded, or expose the truth and live with the consequences?

Not For Broadcast is heading into Early Access with three full chapters, and will work alongside the community to a full ten chapters, with varied consequences for your actions.

Frame the picture - Keep the general public entertained with your editing skills. You are the artist and the broadcast is your canvas.

Hand-pick the headlines - Their public image is in your hands: run the story of a footballer's new beau, or his last dodgy night at the pub? His marriage and his life are in your hands.

Cue the ads - Watch your bank balance soar or dive based on what advertisements you run. Customer satisfaction not guaranteed.

The show must go on! - Keep broadcasting no matter the cost. News stops for no-one, not even a category 5 storm!

Keep them laughing as you go - The stress of playing a part in this twisted political turmoil getting you down? Sit back and relax - The National Nightly News team will take you from laughter to dread in the course of a commercial break."