XCOM 2: War of the Chosen

Restricted to persons 13 years and over.
NOTE: Violence & horror scenes
Redeem on Steam
This game requires a Steam account to play
Instant Digital Delivery
Your purchased game will be available immediately
100% Official Games
All games come directly from official publishers 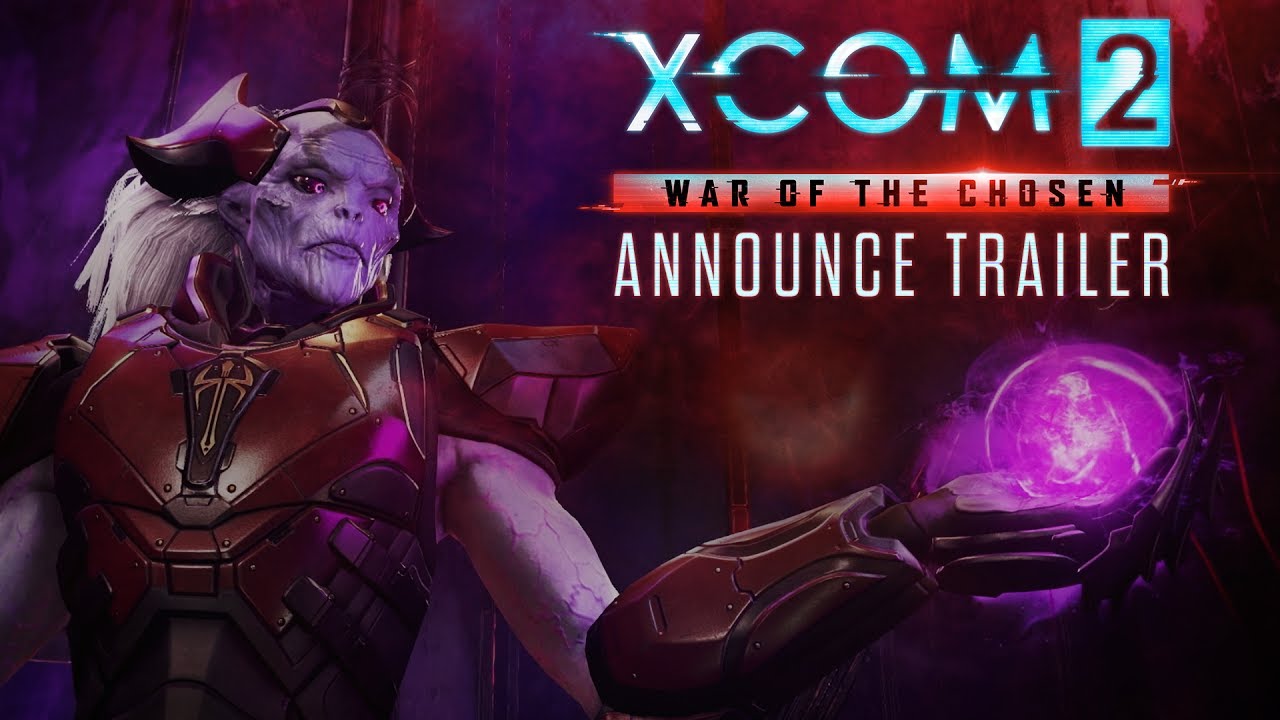 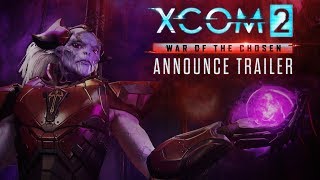 This content requires the base game XCOM 2 on Steam in order to play.

XCOM® 2: War of the Chosen, is the expansion to the 2016 award-winning strategy game of the year.

XCOM® 2: War of the Chosen adds extensive new content in the fight against ADVENT when additional resistance factions form in order to eliminate the alien threat on Earth. In response, a new enemy, known as the “Chosen,” emerges with one goal: recapture the Commander. This expansion includes new Hero classes to counter the “Chosen”, new enemies, missions, environments and increased depth in strategic gameplay.

NEW FACTIONS & HERO CLASSES
Three additional factions have emerged to strengthen Earth's resistance – the Reapers, Skirmishers and Templars – each with its own unique abilities and contrasting philosophies. These factions provide powerful hero class soldiers to aid in missions and new opportunities for the strategy layer.

THE CHOSEN
The Chosen are the most cunning enemies XCOM has ever faced, each with unique strengths and weaknesses that will be introduced with each new campaign. The Chosen are on the hunt for the Commander and will kidnap, interrogate, and kill XCOM’s soldiers to complete their objective. The Chosen can also invade the strategy layer and ravage XCOM’s global operations. Find and raid the Chosen’s strongholds to defeat the enemy for good.

NEW ALIEN & ADVENT THREATS
A deadly new alien known as the Spectre, capable of creating dark copies of XCOM soldiers, has snuck onto the battlefield. Adopt new tactics to counter it as well as the explosive attacks of the ADVENT Purifier and the psionically charged ADVENT Priest.

NEW ENVIRONMENTS AND MISSION OBJECTIVES
Engage in tactical missions across new environments from abandoned cities devastated by alien bioweapons during the original invasion, to underground tunnels and xenoformed wilderness regions.

ENHANCED STRATEGY LAYER
Manage XCOM’s relations with factions and counter The Chosen’s operations from the Avenger. Employ new Resistance Orders to prioritize your personal strategy. Soldiers, scientists, and engineers can now be deployed for Covert Actions that award supplies and boost faction favor if successfully completed.

SHARE THE RESISTANCE
Customize and pose your soldiers, then add filters, text and backgrounds to generate your own unique resistance posters that appear in-game and can be shared with friends.

XCOM 2 is the sequel to the 2012 Game of the Year, award-winning strategy game, XCOM: Enemy Unknown.

Earth has changed. Twenty years have passed since world leaders offered an unconditional surrender to alien forces and XCOM, the planet’s last line of defense, was left decimated and scattered. Now the aliens rule Earth, building shining cities that promise a brilliant future for humanity on the surface, while concealing a sinister agenda below and eliminating all who dissent from their new order.

Only those who live at the edges of the world have a margin of freedom. Here, a force gathers once again to stand up for humanity. Always on the run, the remnant XCOM forces must find a way to rise from the ashes, expose the insidious truth behind the occupation, and eliminate the alien threat once and for all.

XCOM ON THE RUN: Take command of the Avenger, an alien supply craft converted to XCOM’s mobile headquarters. Guide your strike force around the world, build popular support and expose the aliens’ sinister plans.

RECRUIT RESISTANCE FIGHTERS: Five soldier classes, each with its own skill tree including new class abilities like Momentum, let you create specific soldiers for your tactical plan.

TACTICAL GUERRILLA COMBAT: New gameplay systems offer more tactical flexibility in combat. The state of the world affects each combat mission’s environment. Use concealment to ambush enemy patrols. Loot enemies for precious gear and artifacts. Rescue VIPs and save fallen comrades by carrying them to the extraction point.

A NEW BREED OF ENEMY: A diverse cast of enemies from powerful new alien species to the ADVENT, enforcers of the alien regime, offer a distinct tactical challenge.

RESEARCH, DEVELOP AND UPGRADE: Configure and build rooms on the Avenger to give XCOM new capabilities on the battlefield. Use your Scientists and Engineers to research, develop and upgrade weapons and armor to fit your preferred tactics.

EACH MISSION IS A UNIQUE CHALLENGE: Go on missions around the world, from wildlands to the heart of the alien-controlled megacities, to the depths of alien installations. There are virtually infinite combinations of maps, missions and goals.

ENGAGE IN HEAD-TO-HEAD MULTIPLAYER: Mix-and-match squads of humans and aliens and battle head-to-head on randomly-generated maps.

Requires a 64-bit processor and operating system
OS: macOS 10.13.6
Processor: 2.5GHz Intel Core i5 or greater
Memory: 8 GB RAM
Graphics: 1GB AMD 5750, Nvidia 650M, 1.5GB Intel Iris Pro 6200 (See Notes for more details)
Storage: 78 GB available space
Additional Notes: The game is supported on the following Macs. To check your Mac model and when it was released, select About This Mac from the Apple menu on your menu bar.
* All 13” MacBook Pros released since Late 2016
* All 15” MacBook Pros since early 2011 with a 2.3GHz processor or better
* All 17" MacBook Pros since Early 2011
* All 21.5” iMacs since late 2013 with a 1GB NVIDIA GeForce GT 750M or better
* All 27” iMacs since mid 2010 with a 1GB Graphics Cards and a 2.5GHz processor or better
* All 27” iMacs Pro's
* All Mac Pros released since Late 2009
Please note for your computer to meet the minimum requirements it must match or better all elements of the listed spec. For more detailed specifications check the Feral website.
Multiplayer is compatible between Mac, Linux and Windows versions

Use of this product requires agreement to the following third party end user license agreement: http://www.take2games.com/eula/