Overcooked! 2 - Night of the Hangry Horde 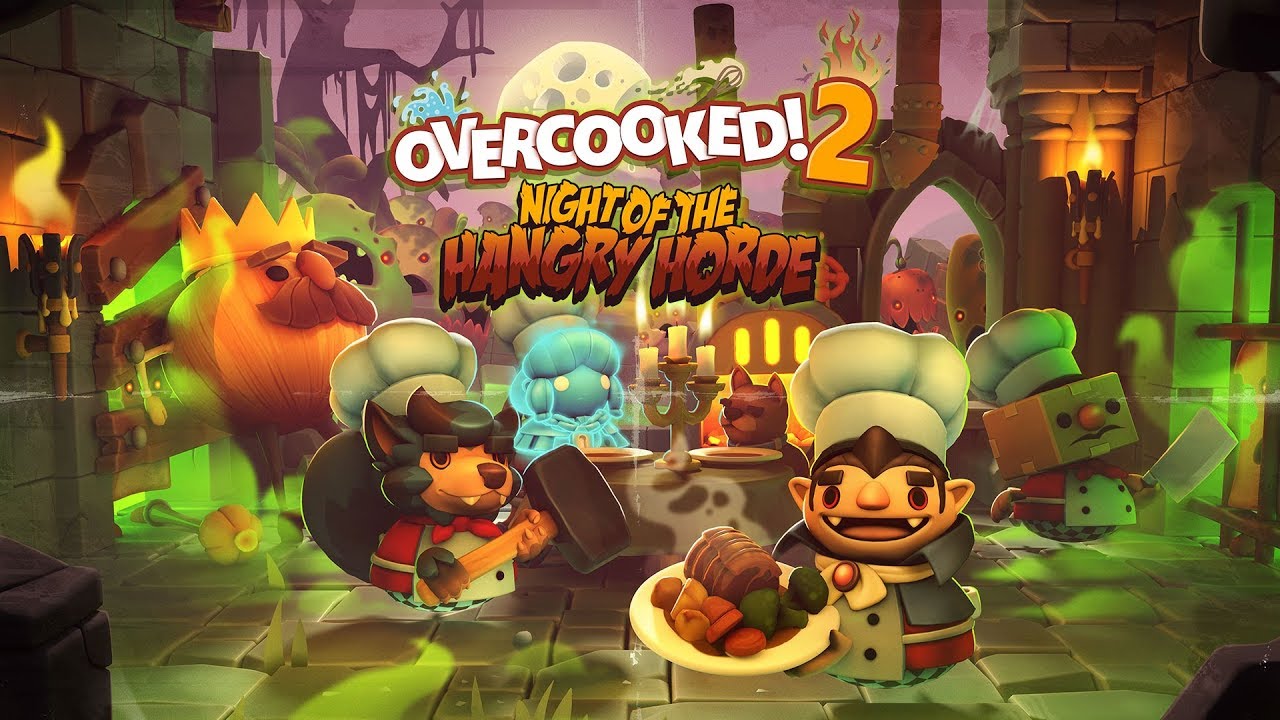 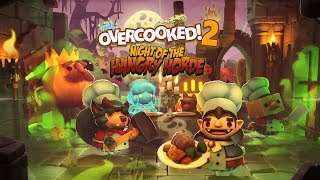 This content requires the base game Overcooked! 2 on Steam in order to play.

Get ready to take another bite out of Overcooked! 2

Overcooked! 2: Night of the Hangry Horde sees players face the most terrifying threat to the Onion Kingdom yet, the unbread, and this time they’ve brought friends! This brand new DLC introduces an entirely new horde mode in which players must use all of their cooking know how to repel waves of ravenous undead ingredients.

REPEL THE TASTY TERRORS! Plus 12 new levels! Nine new kitchens and three hidden Kevin levels.New kitchens means new equipment: What better way to chop your veg than with a trusty guillotine and the furnace is a perfect way to roast your dinners, just don't forget to add coal!

OUR BRAVE HEROES! New mechanics! The guillotine is an efficient new way to chop ingredients and the furnace must be fueled with coal in order to roast your dinners

*Night of the Hangry Horde is available for free for all player's who have purchased the Overcooked! 2 Season Pass

Overcooked returns with a brand-new helping of chaotic cooking action! Journey back to the Onion Kingdom and assemble your team of chefs in classic couch co-op or online play for up to four players. Hold onto your aprons … it’s time to save the world (again!)

Out of the frying pan, into the fire…

You’ve saved the world from the Ever Peckish. Now a new threat has arisen and it’s time to get back in the kitchen to stave off the hunger of The Unbread!

ONLINE/LOCAL MULTIPLAYER MADNESS
You’ll knead to work together (or against each other) to get the highest score in chaotic local and online multiplayer.

FEAST YOUR EYES ON THIS
Journey across a brand new overworld map by land, sea and air. Get cooking in new themes ranging from sushi restaurants, magic schools, mines and even alien planets!

WHET YOUR APPETITE!
Travel the land cooking up a range of new recipes that are sure to cater to any tastes, including sushi, cakes, burgers and pizzas.

ROMAINE CALM!
Travel through teleporters, across moving platforms and save time by throwing ingredients across dynamic kitchens that shift and evolve. Some kitchens even whisk your chefs away to new locations.