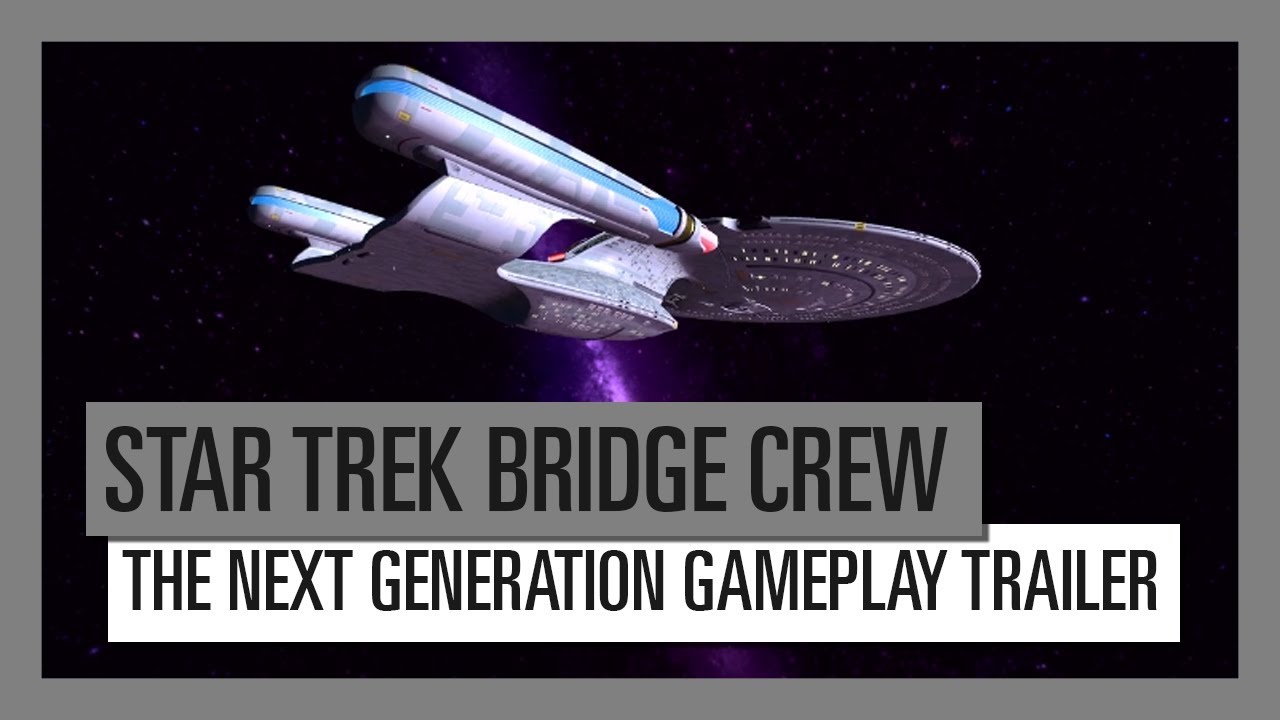 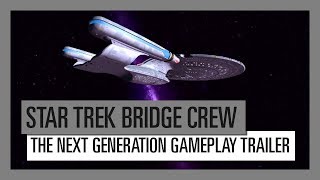 This content requires the base game Star Trek: Bridge Crew on Steam in order to play.

The Next Generation DLC enhances your experience of the base game. You need the base game to be able to play the DLC.

Play with your friends cross-platform, either in VR or non-VR.

A new playable ship: the Enterprise D
It can be used in any of the existing Ongoing Voyages modes, plus the two new modes.

New Ongoing Voyages mode: Patrol
Fly to your choice of star systems, and then we generate random events and challenges for you to meet along the way.

New Ongoing Voyages mode: Resistance
A Borg Cube is tracking you, and you must complete a series of objectives to be able to fight back.

A new player role: Operations
How you assign people at any given moment determines the ship’s capabilities.

New enemies: the Romulans and the Borg
The Romulans are deadly, making heavy use of surprise attacks. And a single Borg Cube is a nearly unstoppable threat.

A permanent internet connection is required in order to play the game.

Star Trek: Bridge Crew puts you and your friends in the heart of a starship, where- as officers of the Federation- every action and decision you make together will determine the fate of your ship and crew. Developed specifically for VR, Star Trek: Bridge Crew is the only game to offer a true-to-life level of immersion in the Star Trek universe.

In Star Trek: Bridge Crew, the Federation dispatches you and your crew to command the new vessel U.S.S. Aegis as part of a critical initiative. Your mission: explore a largely uncharted sector of space known as The Trench, in hopes of locating a suitable new home world for the decimated Vulcan populace.

The Trench contains stunning beauty and undiscovered wonders, but also strange anomalies and dangers yet unknown. The Klingon Empire is also active in the region, and their purpose is undoubtedly a threat to the Federation’s plans. It’s up to you and your crew to chart the sector to determine the Klingons’ aims, and to secure a peaceful Federation presence.

DESIGNED FROM THE GROUND UP FOR VR
Star Trek: Bridge Crew was developed specifically for virtual reality and capitalizes on the powerful sense of social presence possible only through VR. Our hand tracking with full body avatars and real time lip sync allow players to genuinely experience what it’s like to serve as an officer on the bridge of a Federation starship.

OPRATE AS A CREW
Make strategic decisions and coordinate actions with your crew to complete the mission. In co-op, players can form a crew of four to serve in the roles of Captain, Helm, Tactical and Engineer. Each is crucial to the success of the varied missions you face and the safety of your crew and ship.

A UNIQUE SHIP FOR A UNIQUE MISSION
Take command of the U.S.S. Aegis, the first ship of her kind. Whether plotting courses and analyzing scan data or hacking enemy shields and targeting vulnerable ship subsystems, you’ll have Starfleet’s cutting-edge technology at your fingertips. The Aegis’ unique design makes her ideal for the dangerous mission in The Trench, but you’ll have to master her systems, both familiar and experimental, to save the day.

A SHARED GALACTIC ADVENTURE
Star Trek: Bridge Crew offers a compelling and engaging co-op experience, with an unmatched sense of reality. You’ll need more than just individual skill to overcome the challenges you’ll face with one another; communication, trust, and close crew coordination are the keys to victory.