House of Ashes Is Almost Here

The third installment in a series of psychological horror adventures

Supermassive Games and publisher Bandai Namco will open the next chapter in the Dark Pictures Anthology. After we were able to get a passive impression of House of Ashes from a presentation in May, we were now able to actively lend a hand ourselves for the first time and experience the horror in-depth for over an hour for the preview.

House of Ashes tells the story of a US military contingent sent on a mission to comb newly discovered ruins in one of the deserts of the Middle East. It turns out that the problem inside is not in the enemy troops, but in the ancient evil awakened by our intervention.

The Dark Pictures Anthology: House of Ashes is no different from its predecessors, with emotion and storytelling at the center. We control several characters, and control over them changes depending on what the designers have planned in the script. Along the way, we visit and discover places to learn more about the world through hidden collectibles.

This game also offers the opportunity to complete the script on its own, but the creators - as in their predecessors - due to the cinematic nature of their titles, have allowed up to five players to replay the story at the same time, familiarity with unknown themes that we would not find by controlling all the characters yourself. 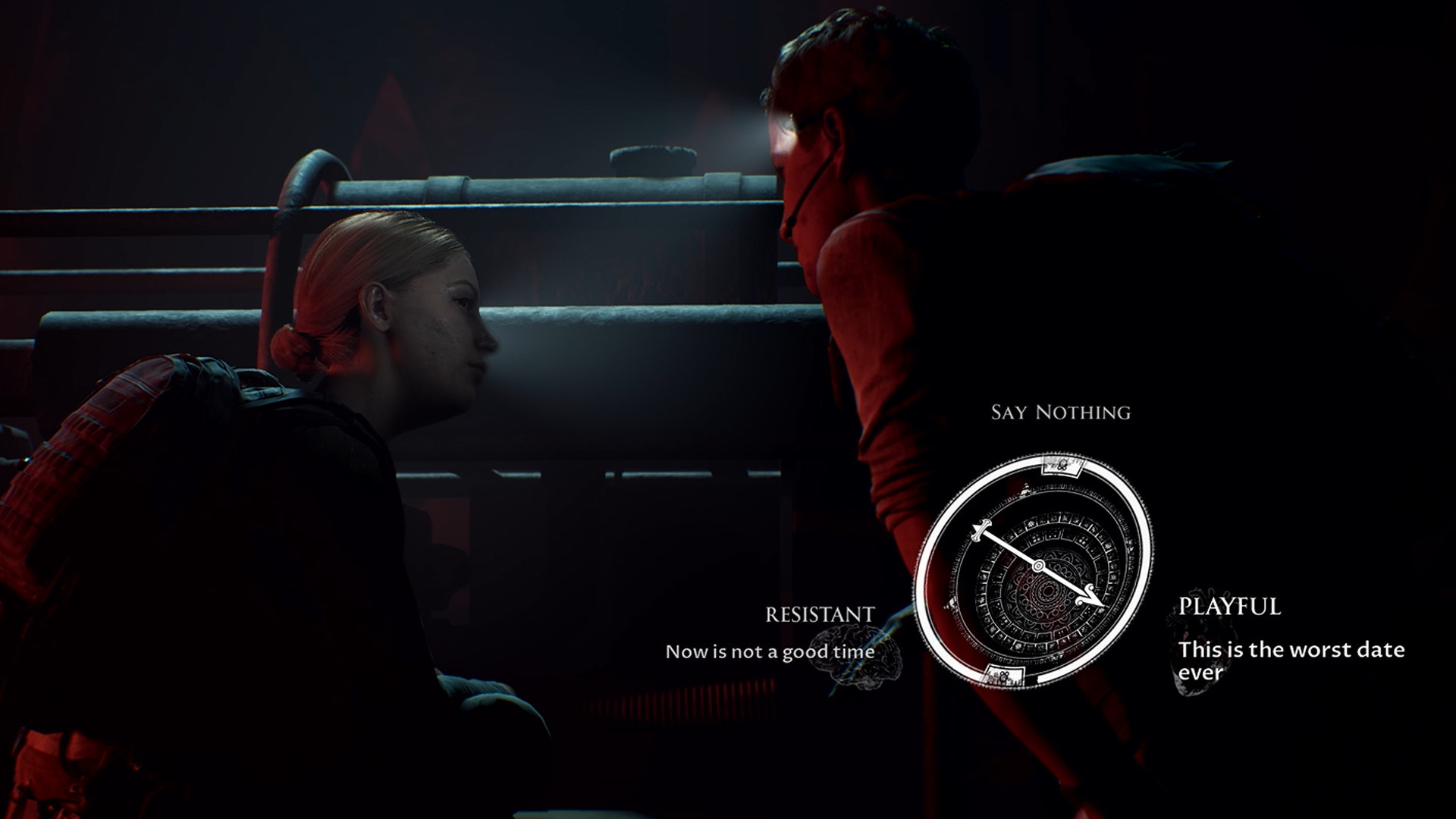 As a reminder, a summary of the initial situation: The year is 2003. While searching for weapons of mass destruction in Iraq, soldiers of a US unit were buried underground during a battle after an earthquake, where they found the remains of a Sumerian temple complex. The search for an exit turns out to be more dangerous than expected. On the one hand, the team is initially still scattered and has to take care of an injured comrade. On the other hand, not only do fighters lurk in the darkness and narrow corridors, but also a mysterious and supernatural threat beyond imagination.

Supermassive Games retains many of the approaches and mechanics of the two previous episodes within the series: Once again, the studio relies on a cinematic staging with many interspersed cut scenes and dialogues. In addition, there are exploration sections in which you can move freely and search the area for clues and objects, for example.

Then there are the dramatic moments in which successfully mastered reaction tests and wild button hammering is the key to success, be it in hectic escape sequences, the use of weapons, or desperate rescue attempts. How you do it, definitely determines the life and death of the main characters. Accordingly, the action is not only dependent on decisions about dialogue options. 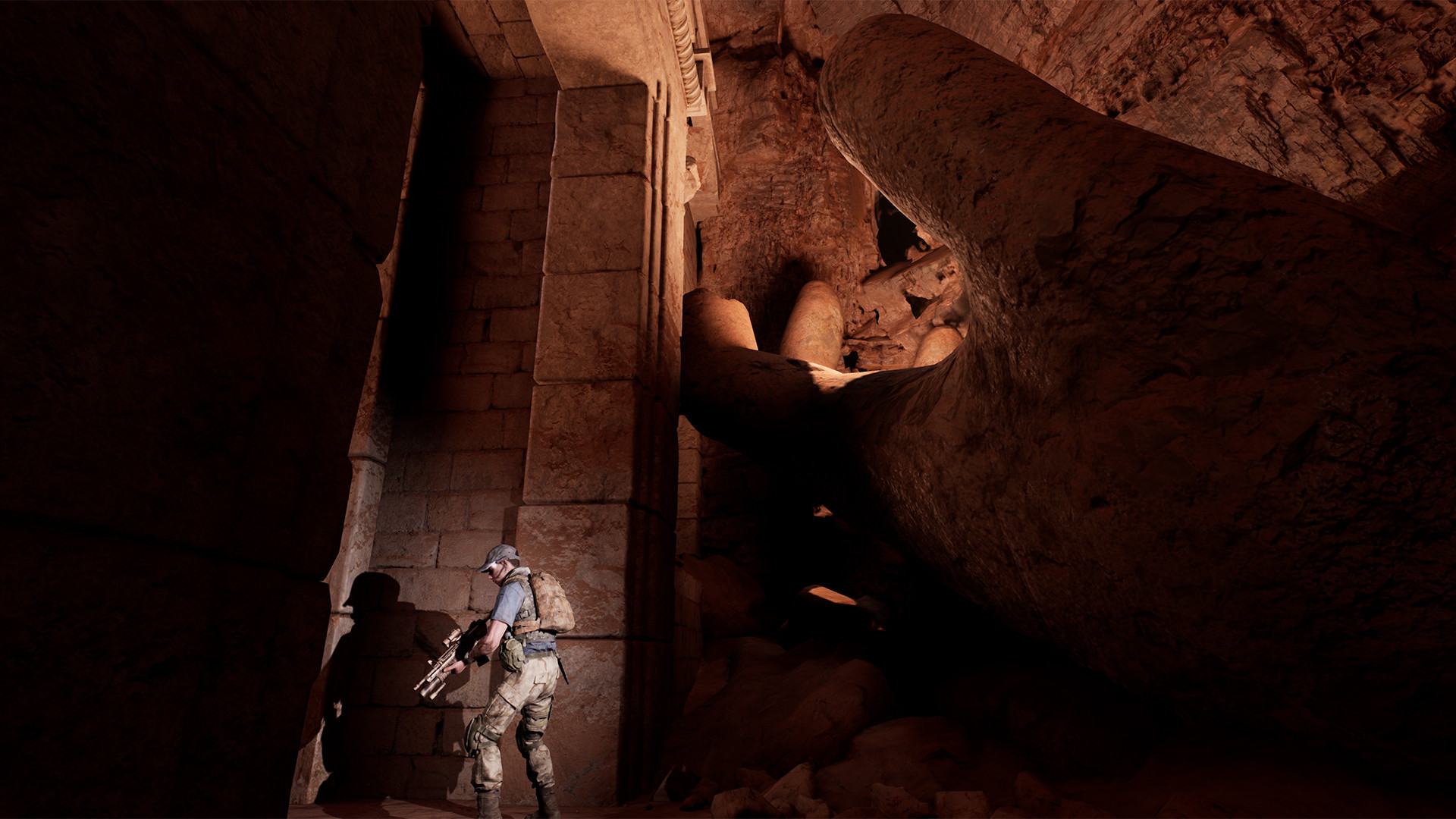 As with Until Dawn and previous games in the Anthology, you again have the opportunity to gain a glimpse into the possible and potentially fatal future with the help of visions. All you have to do is find the more or less well-hidden images or other objects and interact with them. Thanks to an automatic help function, you are now always warned about what you should be prepared for before the reaction test.

Different icons show what is required of the player in the following sequence. If you want it to be even easier, you will also find optional additional settings, for example, to deactivate the timing and thus completely defuse the reaction tests. During the exploration, you will also be alerted to important objects by a conspicuous flashing. This seems extremely unnatural and sometimes even annoying but is probably because it would otherwise easily be overlooked in the predominantly gloomy surroundings. An optional deactivation of this visual aid would still not be wrong. 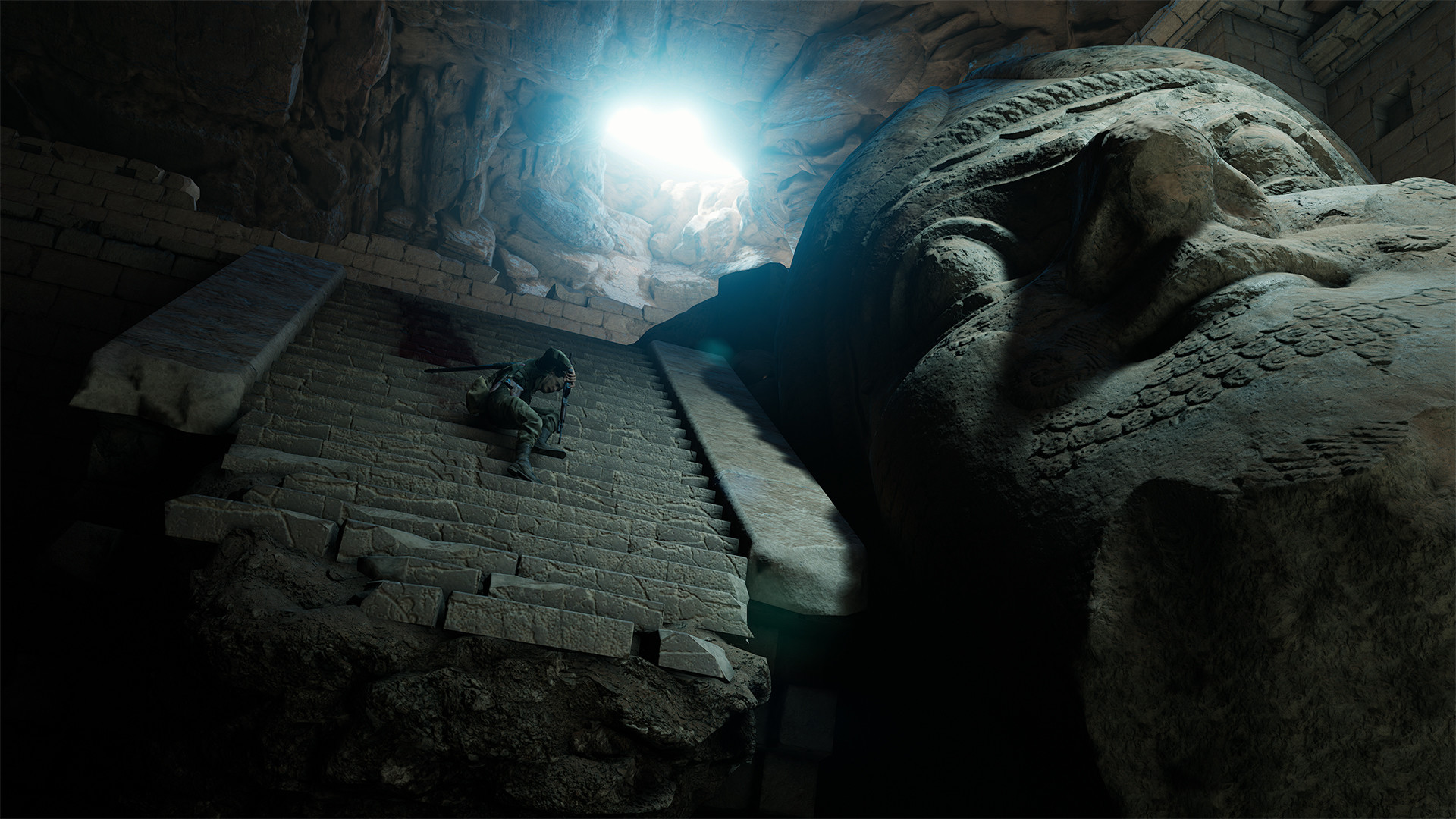 Between two exploration and discussion scenes, action scenes ask the player to press a button at the right time (QTE), while he explores the labyrinth by finding information about the place and its history. House of Ashes remains, from what we have seen during this play, a title above all cinematographic. The player's actions are rare there, but also often decisive for the rest of the adventure. We also find presentiments, objects that give a clue (often obscure) on a scene to come during which the player will have to make a choice.

Because Houses of Ashes retains the same structure as the previous parts of these horror stories: there are times when you have to make choices that will steer the story in a specific direction. If the mainframe remains unchanged, the means of reaching the end of the story are variable. Each character can die or not. It is up to the player to make the right decisions which, in the midst of a panic, is not always easy.

One of the biggest innovations within the well-known corset, along with other figures and the fresh setting, is the fact that for the first time you have access to free camera control including a 360-degree rotation. In addition, it is not available in all scenes - especially in reaction tests, the prefabricated sequences remain and in other sections, too, one continues to rely on fixed camera settings in favor of the dramaturgy.

The Dark Pictures Anthology: House of Ashes releases for PC on October 22nd 2021.