Jurassic World Evolution 2 - Everything We Know So Far

Jurassic World Evolution 2 is an essential leap that everybody expected from a sequel to such a well-developed and incredibly polished title, Jurassic World Evolution, from 2018. However, it's brought in some highly unexpected changes that no one was expecting, and everyone can adore! If you're still not interested in the game after reading this rundown, just remember that Jeff Goldblum is in this game and he throws out some fantastically witty remarks. It's set to release on November 9th, and with the release date being so close; we decided to give you guys a rundown of all the information we have on the game so far!

The game is being developed by none other than everyone's favorite business simulation developers; Frontier Developments PLC. Frontier aren't a new studio in this genre, they've been working for over 20 years and are responsible for creating some of the most popular business simulation games of all time. They're responsible for some knockout popular games such as RollerCoaster Tycoon 3 - Complete Edition, Planet Coaster, Planet Zoo and of course; the highly popular science fiction massively multiplayer online game Elite Dangerous. They've dipped their hands in multiple different genres, and their original Jurassic World Evolution game was a standout in their catalogue.

The Story of Jurassic World Evolution 2

We don't know much about the game's overall story; however we know the setting quite clearly thanks to a proper official blog post by the developers Frontier Developments PLC. The blog post states as follows:

"Set immediately after the Earth-shattering events of Jurassic World: Fallen Kingdom, Campaign mode lets players immerse themselves in an original Jurassic World story as they lead efforts to control, conserve and contain dinosaurs alongside an iconic cast of characters"

Well, if this doesn't get you interested in the game, then I will say it again; Jeff Goldblum is part of that iconic cast of characters. 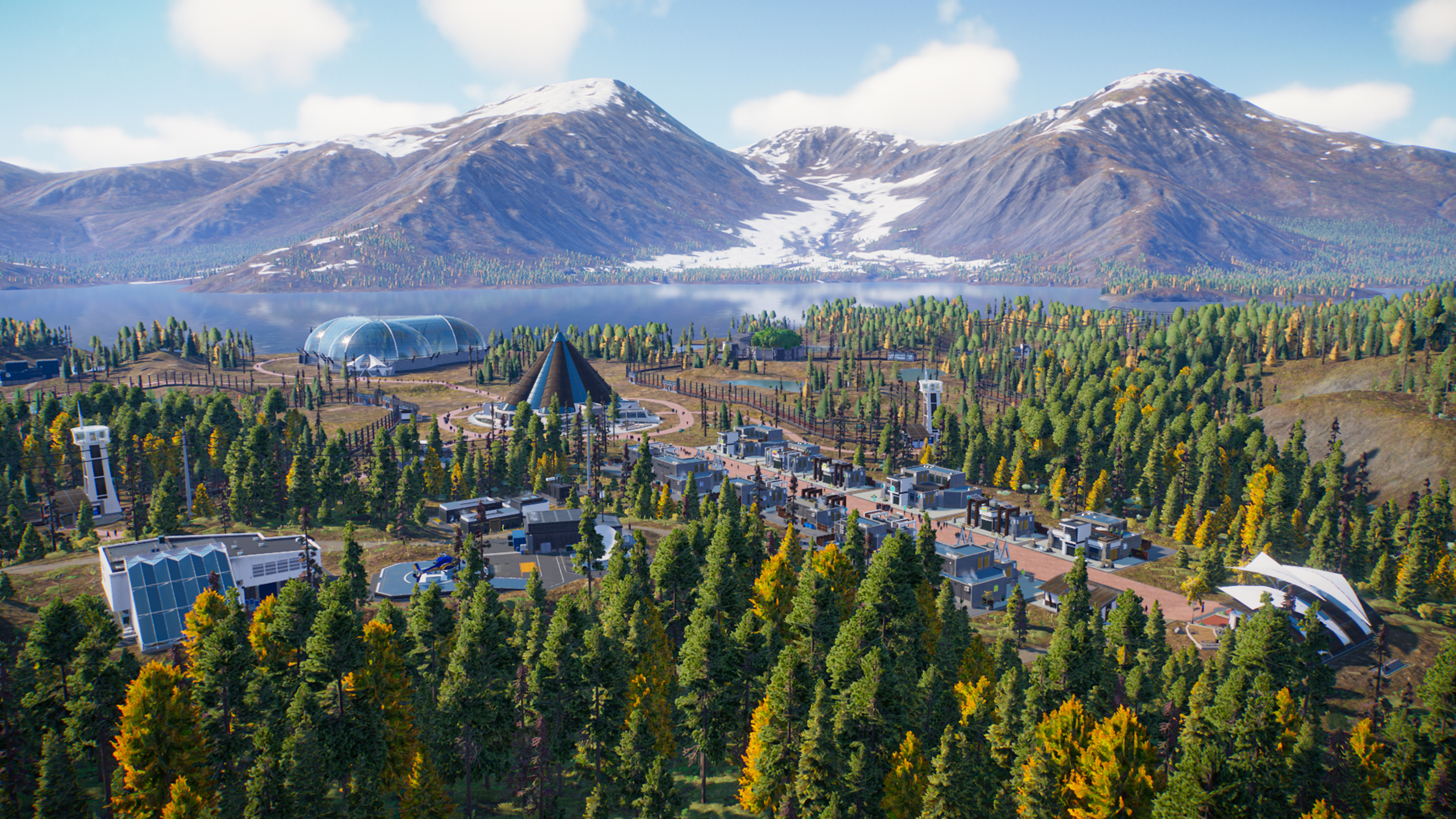 While the original game was pretty much perfection in the way it handled things, and the amount of content it gave players to chow through. Jurassic World Evolution 2 is pushing things even further, adding new challenges, new gameplay mechanics, new types of dinosaurs, new game modes and even more features and improvements in the dinosaur AI than the previous game!

The main takeaway from the developer video was that they are adding new types of dinosaurs. The roster of pre-historic reptiles has been drastically redesigned, and has seen some much needed additions to the game's core gameplay loop. In the original Jurassic World Evolution game, we only had the option to pick which land dinosaur to shelter or give a habitat to. However, in Jurassic World Evolution 2, there are not just land dinosaurs, but also dinosaurs with the ability to fly, as well as marine dinosaurs that live underwater and amphibian dinosaurs that can do a bit of both. It has more than 75 species of dinosaurs to pick from, so you're going to have the time of your life!

The other main takeaway is the new environments that they showcased in the trailer. The original game had a strict tropical setting, and not much deviation from that formula was done throughout the whole game. In Jurassic World Evolution 2, we've got so much more variety in the environments. There are sand storm filled scorching deserts, to lush dense forests that cover the views with trees. It's a huge leap up, and environmental effects will just add to the beauty of the game.

There are also new modes with their own challenges. The latest addition is the Chaos Theory mode. This mode offers players a reimagining of some iconic moments from the Jurassic World films, and it offers YOU, the player the ability to change things. So, we're hoping that you can finally save Dennis Nedry from being devoured by a pack of hungry dinosaurs.

The new AI is also extremely impressive, the dinosaurs now engage in fights with one another. There's occasional sparring between the many different species, and they have their own habitats and living conditions that you need to abide by just like in Planet Zoo. 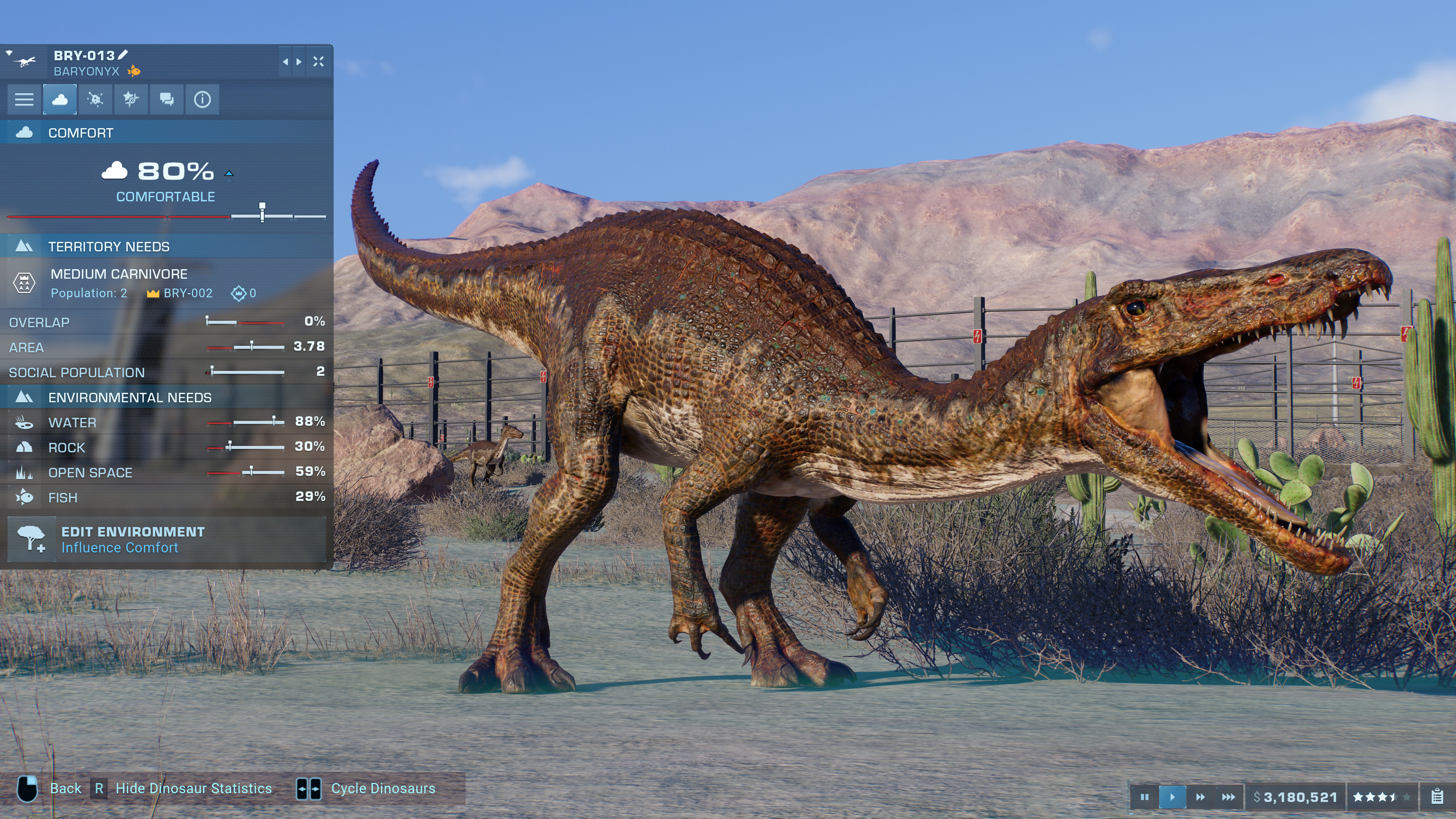 The Iconic Cast of Characters

Jeff Goldblum makes a valiant reprisal to the role of Dr. Ian Malcolm in Jurassic World Evolution 2, just like he did in the original game. There is also the awesome new addition of Bryce Dallas Howard, in the role of Claire Dearing from the new franchise Jurassic World.

Though, unlike the previous game, there haven't been more confirmed actors making a return. The original game had Laura Dern, Sam Neil and BD Wong making their iconic film appearances but in the case of Jurassic World Evolution 2; we still haven't heard any confirmations on that point as of yet.

However, here's hoping that some of them do make a comeback to the series. The cast of iconic, pop-culture characters was one of the few things that made Jurassic World Evolution such a fun game to play through!

The Trailer and Gameplay Overview

I mean, let's be honest, we wouldn't be invested in games if it they didn't look good in their trailers. The trailer for Jurassic World Evolution 2 is by far one of the coolest looking Jurassic Park content that we've seen in ages. The dinosaurs look visually gorgeous, as well as the animations and the interactions between the same and different species looks phenomenally animated. Check out the trailer with Jeff Goldblum's magnificent voice below:

Still unconvinced about the quality of this game? Well, we were too; that is until we saw this gameplay overview that was released by the developers!

Jurassic World Evolution 2 is set to release on November 9th 2021, so that is a relatively close release date. Pre-order bonuses are still available until release date.

If you're like me, and love collecting dinosaurs; the deluxe edition is worth checking out for sure! Jurassic World Evolution 2 - Deluxe Edition gives you access to these limited time additions to your dinosaur roster!

That's all the relevant information we had about Jurassic World Evolution 2. This is a game that focuses on capturing the sense of scale, and wonder that fans would get from seeing dinosaurs and the Jurassic World setting. It seems like it's heading in the right direction, and hopefully we're proven right because as of right now; the information has given us hope for a fantastic new experience in the Jurassic Park franchise!